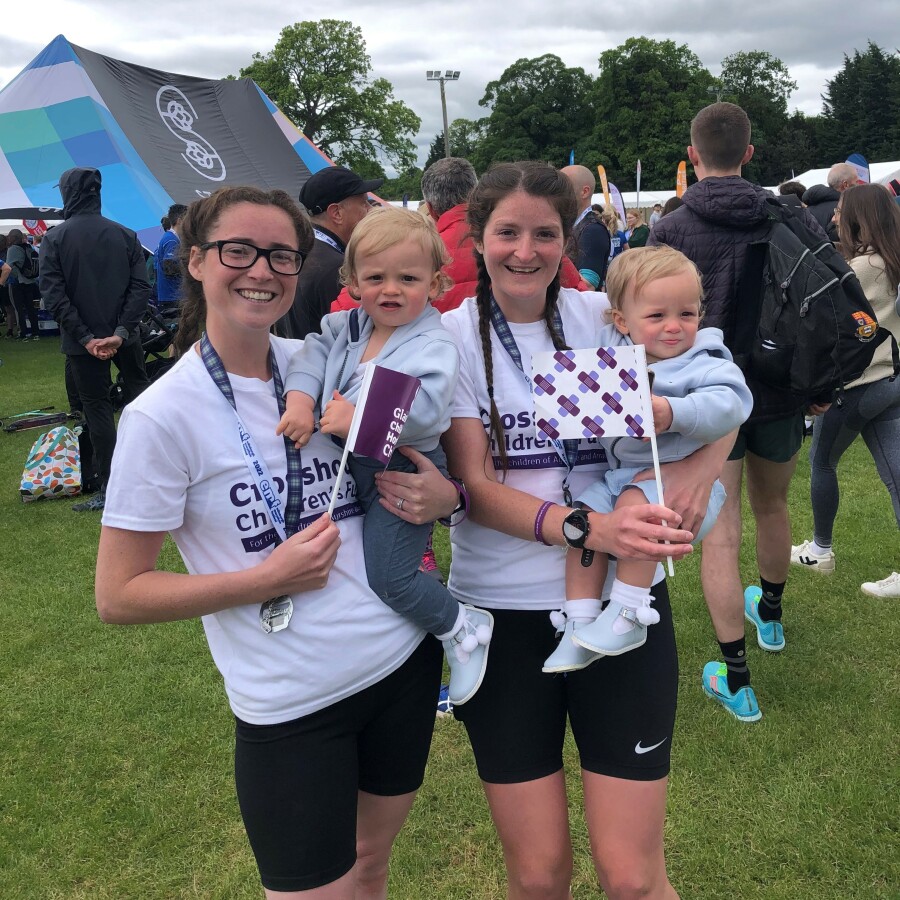 Sisters Louise and Nicole did Ayrshire proud at the Edinburgh Marathon Festival as they conquered the capital and raised over £1,000 for Crosshouse Children’s Fund.

The Kirkoswald pair opted to take on the half-marathon in aid of children across Ayrshire and Arran after the care Louise received at Ayrshire Maternity Unit when she gave birth to twins Blake and Blair 10 weeks early.

She said: “It was hard, but it was really good. 'Emotional' is the word I’d use.

Nicole added: “I’ve been running for quite a while. It’s probably fair to say that I roped Louise in to start running with me just so I had a running buddy.

“A couple of years ago, I signed up for the Manchester Marathon as a kind of bucket list thing. I trained and it got cancelled three weeks before because of the pandemic.

“I then got into London and decided I’d run that and then Manchester was rearranged, so that’s two for the bucket list. Maybe it’s a marathon together for us next. Whatever the race is, we’ll run it for Crosshouse Children’s Fund.

“Going back to Edinburgh, on the day cheering us on we had our older sister Stephanie, Louise’s husband Kyle – Blake and Blair’s Dad – both grans and of course Blake and Blair.

"We kept our eyes peeled for the Charity, too – they definitely gave us a boost around the 10-mile mark!”

Blake and Blair, now 17 months old, were born at 30 weeks in the Ayrshire Maternity Unit.

Louise knew she was in safe hands, as were her two arrivals and husband Kyle.

“We knew at a certain point in the pregnancy that they’d be a bit early, and they arrived 10 weeks early. 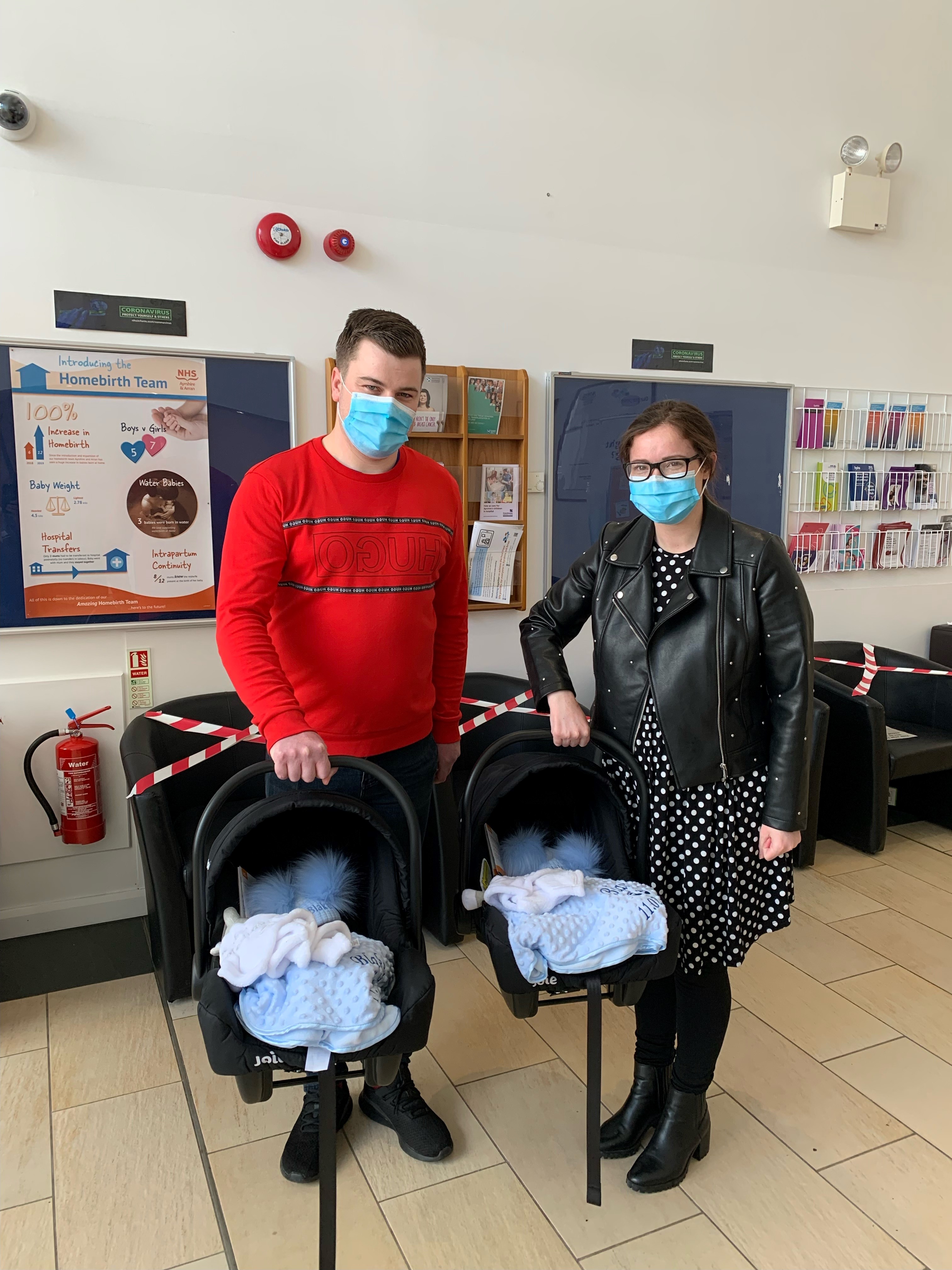 “Those in the neonatal unit were able to tell us what was going to happen and went through any questions we had. That was our first introduction to it, and at that point it was just the doctor from the unit we spoke to.

“All the nurses there were amazing – it’s all the small things you notice. They gave us the knitted comforters that I kept and a little octopus plushie. Julia Donaldson’s ‘Jack and the FlumFlum Tree’ was the book we were given, and we still read that to the boys, it’s their bedtime routine.

“We hadn’t ever been through a pregnancy before, so we were so focused on listening to their advice and what they were telling us. We wanted to get home so badly but reality sets in that first night. We wished we were still there in the comfort of those nurses. It is true that you are in the best place at the time.

“It wasn’t just the boys who were looked after; the nurses would recognise if I wasn’t myself. They were so involved with Kyle and me. I remember we had a 'holiday' home, just for a few hours. The nurses told him: ‘She is going to be very emotional when you drive into your town, your street, it’s going to hit her.’

“He didn’t tell me beforehand, but we realised afterwards that they’d known exactly what steps I would go through.

“Those nurses, honestly... You just have to be a certain kind of person. They are complete angels.”

Louise on the Crosshouse Staff

For Nicole, it was a challenge knowing what her sister and closest friend was going through and being unable to visit.

The staff, supported by Crosshouse Children’s Fund, did their best to keep her connected to the family via video platform vCreate.

“Nicole came to see me but wasn’t able to come in – she met me in the car park!”

“We’re so close and we couldn’t see each other and that was so hard, I never got to meet the boys until they were six weeks old,” Nicole added.

“I was so emotional, and I wasn’t even there. I don’t know how they managed it, but the staff do such an amazing job.

“I couldn’t be with Louise through all her experience. We tried to support them as much as possible from a distance. We knew, though, that they were in such safe hands. 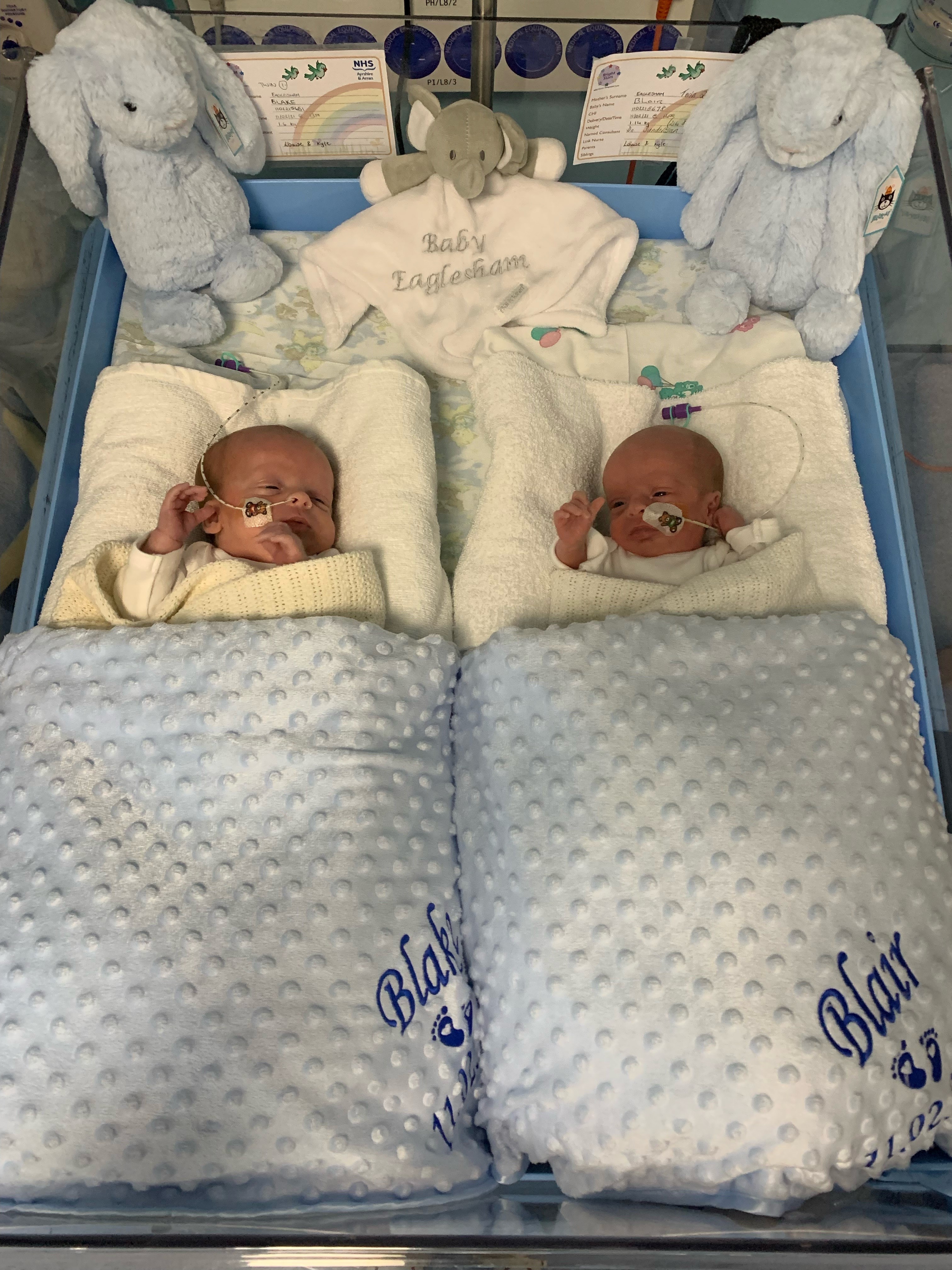 “As soon as she said she wanted to do a half-marathon, I was going to be there every step of the way. We were out there at 4.30am some days on training runs.”

Louise hopes their efforts in Edinburgh will help families in the future who may have to deal with the unique challenges having a baby – or two – in the neonatal unit can present.

“I know what my experience was like and without charities like Crosshouse Children’s Fund, it wouldn’t be the same,” she said.

“We saw Crosshouse Children’s Fund on the walls in the unit and I had always wanted to run a half-marathon and never thought I could do it. This was my motivation.”

Check out our A-Z of Fundraising ideas
Read Next

Maxine and Kelly go the extra mile for Crosshouse

Maxine and Kelly go the extra mile for Crosshouse
Back to